At the beginning of the century, a scam took place in Venezuela, known as la vuelta, stole millions of dollars from the hands ofhardworking families. It originated in El Zulia and consisted of raising capital in $ of the people, promising investors monthly interests above 15% and 25% in return.

Of course, such a «lucrative utility» offer was very attractive to those who feel for such scheme. The bottom of the trap consisted of selling invoices from the oil industry at a cost well below their real value and, of course, earning a dividend so large that it could pay the excessive monthly interest.

But as expected, the chain soon collapsed when the assured payments were broken and the scandal became known as La Vuelta. At the head of this scam was a gray character for business, but very bold to wrap people using the mirage of highly lucrative offers. Nelson Navarro, the character, had to flee the country when a court decided to open an investigation for fraud.

Navarro hid in the United States and, at least in Venezuela, it was never heard of him again. As it turned out, Navarro crouched in Houston, Texas, and from there, using his audacity, lack of scruples and experience in fraudulent matters, he has ventured into several commercial operations where, once again, he has left his mark. He got into a CITGO provider company, named OIL TECH LLC, where other people appear as proprietary partners, never him, and he sold at high prices. Once the irregularity was detected, their payments were frozen and more than one manufacturing company chose to sue. Then he got into a homebuilder in the luxurious county of The Woodlands, outside Houston, where again his modus operandi was to ask third parties to place capital and in return, he offered them high-profit percentages once again. It is also curious the case of one of them, the investor and baseball player Henry Blanco who transferred $ 250,000 to him, prompting Navarro to not only never honor his commitment, but even stay at the house he built, that is where he currently lives with his new spouse Danisha Kozaczkiewicz.

More recently he set up the Dealer TEXAN SUPER DEALER LLC, selling used cars, which as usual does not appear in his name but of Mrs. Danisha. There he uses the same mechanism, that is to say, he offers interesting profits in interest for the capital that others contribute and then he does not render accounts, he does not pay what is offered and he is leaving victims on the road. The reason why businesses do not place them in their name is precisely because they fear being tracked by others and also because they have high outstanding debts with the IRS, the US tax collection institution, which in turn prevents them from having bank loans and other transactions of the business world. There are 15 people, that we know of, scammed by Nelson Navarro, for capital contributions, and many more families victims of their crooked businesses. Many people wonder how he has been able to continue his scams in the northern country where justice is relentless with these criminals. Well, using the ingenuity of those who believed in his word, they embarked, because his cunning with the verb is the only letter of introduction to those who do not know it. But the FBI is already behind him and his immediate collaborators and will soon have to give explanations to justice, which he never gave to his friends and associates. Two lawsuits have already been filed before an aggravated fraud and his desire to become a US citizen will be prevented by these criminal acts in which he is involved. We will continue to provide, as a product of our investigations, more details about Nelson Navarro, his scams and his collaborators. We are motivated by solidarity with the Venezuelan diaspora.

Because in denouncing people like Nelson Navarro we do a favor to so many others who can become victims, and because the Venezuelan diaspora is of high quality, both for its professional qualities and for the family and citizen values that characterize it, they are honest people and of work, so that a few criminals stain us abroad 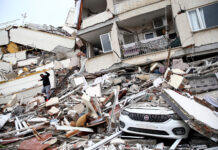 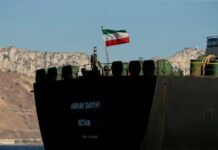 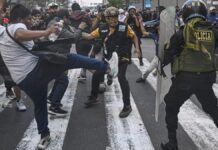